Shine! International Music Academy’s mission is to offer affordable private music lessons for children, teens, and adults of all ages and levels. We have a special focus on the military and expats serving/working at Camp Humphreys and Osan, as we specialize in American Music Pedagogy and American Music Standards. We focus primarily with 1:1 lessons, since we understand music learning is specific to the individual. Our main teachers have graduated from various university music programs in the USA, as well as in South Korea. All of our instructors are native English speakers.

We offer personalized, one-on-one music lessons and some group classes at our location very close to Humphreys Main Gate in Pyeongtaek. 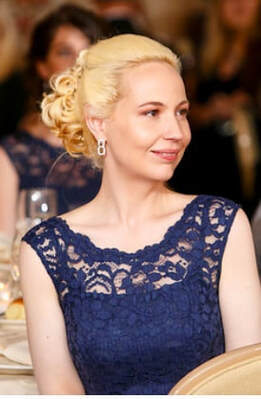 Sarah J. Shechner has more than 15 years of professional music performing and teaching experience. She   graduated   in 2008 with a BM in Vocal Performance and Composition, as well as a minor in Education and   Piano Performance at William Paterson University in Wayne, NJ. During her undergraduate collegiate years,   Sarah helped manage a popular music studio near Manhattan, composed works for the university orchestra,   and started her career as a "classical crossover to pop singer" recording artist. She was also the keyboardist   and substitute drummer for the Rum Boogie Blues Band, and toured NJ, NY, and PA with the band during   these years.
When Sarah arrived in South Korea in 2010, she became part of the Camarata Music Company's Chamber   Singers, where she performed elite choral and vocal concerts for former South Korean President Lee Myung   Bak, national ambassadors, and other highly influential people.  She was also the composer-in-residence, and   composed a song dedicated to the then USA Ambassador Kathleen Stevens, which was performed by the   CMC Chamber Singers at her farewell party, as well as at other concert venues. While still part of CMC, Sarah   also performed in Musical Theater productions in Myeong-dong, such as Little Shop of Horrors.
In 2013, Sarah was awarded a full scholarship for her Masters degree, an M.M. in Choral Conducting at Hansei University. She studied and worked as a professor, teaching English and Psychology for Music Therapy majors. She enjoyed the music therapy courses very much, and published her thesis based on Choral Therapy for PTSD patients. She also continued her passion for composition and performed/conducted her own music for her Graduate Recital.
In 2014, Sarah was invited to perform for the Mulmangcho Organization, where she did a solo performance for Korean War veterans, North Korean refugees, and representatives in Parliament. At this time, Sarah also started to branch out her career in songwriting and recording. She was hired as a lyricist for a K-pop group and then became a member of the KOMCA (Korean Music Copyright Association). This launched her international recording artist career, and since she has written, produced, recorded, and published numerous single albums under names Amayah Ma and Shin Sarah 신사라.
Sarah's dream to start her own music academy has always been on her heart. She fervently wishes to share the gifts of music with her students, and to guide them to make their music dreams come true as well.
우리는 험프리스 기지 근처에 있습니다! 쉽게 접근하고 주차할 수 있습니다! 아래 지도를 봐주세요.피아노, 음성, 드럼, 기타 및 기타 기타 악기의 레슨을 제공합니다.